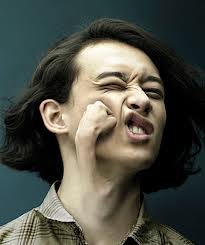 What do you call a person who treats people badly?  You know - the sort of person who tells you you’re rubbish and don’t deserve to be treated with respect?  Someone who makes you feel really inadequate, tells you you’re stupid and can’t do anything properly?  A BULLY!!

You probably already understand the nature of bullying, and Wikipedia says,

“Bullying is the use of force or coercion to abuse or intimidate others. The behavior can be habitual and involve an imbalance of social or physical power. It can include verbal harassment or threat, physical assault or coercion and may be directed repeatedly towards particular victims.........The victim of bullying is sometimes referred to as a "target".

Bullying can be defined in many different ways. The UK currently has no legal definition of bullying, while some U.S. states have laws against it. Bullying consists of three basic types of abuse – emotional, verbal, and physical. It typically involves subtle methods of coercion such as intimidation.

Bullying ranges from simple one-on-one bullying to more complex bullying in which the bully may have one or more "lieutenants" who may seem to be willing to assist the primary bully in his or her bullying activities. Bullying in school and the workplace is also referred to as peer abuse.”

Many schools in the UK have what they describe as a “No tolerance bullying policy” which means exactly what it says and yet.... in order to stop bullying you need to know it is happening in the first place.  It can be so insidious and cruel that nobody other than the victim can tell anyone and they are typically too scared, ashamed and bewildered to do so.  Often it happens when ‘friends’ turn on a peer, generally starting with one strong character leading  the weaker and more easily lead children who join in to maintain their status as part of the group.  It is easy to underestimate the ‘double whammy effect’ which happens when a child not only becomes the victim of bullying, but also loses the people formerly known as friends.

Fortunately for most victims something normally happens to stop the peer abuse.  A new victim may take their place, some kind of intervention may occur or the normal transition to another school may bring about changes. The bullying stops.  Or does it?  Does the victim get over the experience, moving forward confidently? Or does the victim become the bully, carrying on the abuse and reinforcing the damage already done to them?

I have heard so many young women in their teens and beyond explain that they are stupid and don’t deserve to be happy, that they can’t do anything properly or that they are fat, ugly or boring.  Each and every one of them has at some time been a victim of bullying by people they believed were their friends.  Every aspect of life is affected by this perception, often leading to anxiety and depression, a distorted need to please and a fear of upsetting anybody by standing their ground.  There is a sense of betrayal and an uncomfortable neediness which doesn’t go away.

Many of these young women have at some point received counselling and for some it has helped to some degree, but the scars run really deep (sometimes literally as there is some evidence that some cases of self-harm can start as a result of bullying.)

Recognising that you are perpetuating the work the bullies began is a great starting point for healing.  Positive encouragement alone won’t be truly effective until you eliminate negative self-talk and fight against what might be called “the inner bully”.   Most people can easily acknowledge that they wouldn’t tolerate bullying or abuse from anyone else and are really shocked to discover what they are doing to themselves.

So where to start?

1.   Recognise that you are battling with a bully

2.   Start disputing what the bully is telling you

3.   Stop saying bad things to yourself and offer yourself some positive self-talk

4.   Acknowledge that whilst it is great to be liked, it is unlikely that everybody in the world will like the same person - and that's okay.

5.   Do unto yourself as you do unto others.  You would never be abusive to somebody else, so why do it to yourself.

6.   Find somebody to support you as you work on building your self-belief.

7.  Journaling, either with words or pictures can be a great tool for self-exploration and monitoring your personal journey.

8.  Remind yourself that you don't need to please all the people all the time - sometimes you CAN please yourself.

9.  Look at the positive things you do and have achieved and give yourself credit for them.